The new machine is loaded with the user-friendly and uncomplicated procedure which will greatly ease the load on ticketing system of Mumbai Suburban Network. A total of 92 ATVMs has been installed at 42 suburban stations. 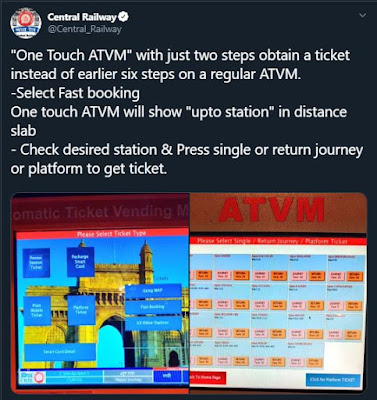 With this One Touch ATVM, one can book tickets with just two steps:

Step 2: Check the desired station and press single or return journey or platform to get the ticket.

It is worth mentioning that ATVMs are touch screen based ticketing kiosks which are operated by using smart cards. Passengers can purchase and recharge their smart cards from the nominated ticket counters…..Read more>>