Ahead of the official launch, Google Pixel 3 XL leak images gives us a glimpse of the device’s design and looks. The retail packages also encompasses the shares the first camera samples, captured with the Google Pixel 3 XL.

Coming to the images, the first batch pics shows Google Pixel 3 XL from the front and back, also spotting a notched display with two selfie cameras. The device bears an infrared sensor for face scanning, an earpiece that will double as one of two stereo speakers and the selfie camera. The back of the handset is similar to Google Pixel 2 XL packing a fingerprint scanner as well as a single camera and LED flash. 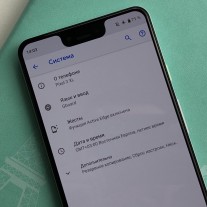 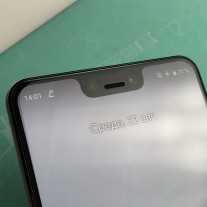 The About screen images prove that Google Pixel 3 XL will have Active Edge functionality while the images of AIDA64 reveals a 3,430mAh battery. The handset sports 6.71-inch 1440x2960px screen.

The retail package images confirm that Google Pixel 3 XL will have headphones with its Pixel device and look like the $160 Pixel Buds. The rest of the images however are identical to the current Pixel 2 and 2 XL – a USB-C to USB-C cable, USB-A to USB-C adapter, USB-C to 3.5mm adapter and a wall charger…………Read More>> I want most faster broadband connection.